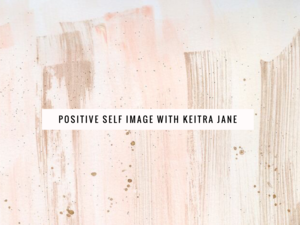 LDS Model and Taylor Swift look-a-like shares her experiences with an eating disorder, and how she was able to overcome negative thinking.

I’m so happy with the changes that are coming to my blog, and having Keitra Jane share her story was really impactful for me. I think insecurity isn’t something we talk about very much for a hundred reasons, but I believe that the less we talk about it or address it, the more power it has over us! I sent Keitra a series of questions about herself, how she obtained her positive self image, especially since most of you know for years she has been compared to Taylor Swift, branded as her “look alike” and she shared her story of overcoming a serious eating disorder, and learning to except and love herself.

“Positive self-image is something that comes when you stop worrying so much about how you look, and start realizing what you’re capable of. It’s a concept that I think takes a lot of time to cultivate and get comfortable with before it can be used in full practice, and even then, it takes a lot of conscious effort to continue to keep it!

First, a background. I fall on the OCD spectrum with a few habits that take a lot of my time, energy, and happiness. Two of these habits are considered eating disorders: anorexia and purging disorder. I’ve talked pretty openly about both of those, in media, on social media, and at public discussions. One of them has a few different terms but is best known as “picking disorder”. The latter disorder affects a lot of people differently, but for me it just means I will literally attack the tiniest speck of anything on my face and probably turn it into a scar. I also bite my nails. Many people consider OCD and traits associated with it to be “perfectionist” traits, but I believe that they stem more out of a need for control than anything else.

These disorders altogether have robbed me of so much, and have allowed me to utilize self destructive tendencies to give in to what I felt like my reflection was always telling me. Some of the demons I’ve wrestled with, (as I’m sure we all have) include the classics: “You’re not good enough”, “You’re not skinny enough”, and “You’re not pretty enough”. It took the longest time for me to realize that being self-positive isn’t about what I’m not, or what I think I should be, but rather, what good talents, traits, and loves that I have that keep my mind and body occupied and allow me to look more outside of myself.

One of my greatest loves has always been music, and it is something that I still utilize to get bad energy out. I was blessed to inherit a piano from my late grandfather, and it sits in my apartment now. I’ve started to practice from a lot of my old sonata books and exercises, but I’ve also realized the healing gifts that come with songwriting and learning to express emotions in a healthy and creative way. I can’t focus on a pimple, or a weight gain, or my hair when I’m focusing on music.

Another wonderful outlet has been focusing on nutrition and exercise. Learning how to feed my body properly, and how to increase its strength and abilities has been so great. I started into this pretty heavily about a year ago. Somewhere around the fall I just started sinking underneath stress, and the negative self-talk damaged a lot of the progress I made with strength and endurance. I’ve learned since then to be more moderate, to listen to my body, and to reflect on what is going to grant me happiness long term before I give in to the negativity in my head.

Honestly. Honestly. Some days I really think “it was so much easier to not eat and just be skinny fat than to come to the gym.” Then I remember the pain that came with choosing to give in to those lies in my head. If you’ve ever considered anorexia, realize that side effects include: hair loss, bone density loss, eyelash loss, muscle loss, being cold all of the time, compromising relationships, compromising personal integrity, and sanity loss, to name a few. It might sound exaggerated but it’s reality, and I’ve been there and back so many times that it’s almost embarrassing. The important thing is, at the end of the day, to replace the negativity that leads to any self-destructive thoughts and tendencies with self-positive statements that pave the way for good choices.

The last thing that’s helped me is service. It sounds so cheesy, but over the past couple of years it has been the difference maker for me emotionally, spiritually, and even physically. I had a lot of opportunities to speak to young women in and out of the church about positive self-love and abstinence from eating disorders. The way we value ourselves can literally change our stories, and it affects everything from our appearance to the way we love others. I’ve also had opportunities to work with kids from Primary Children’s, even before I got hired there as a phlebotomist (I draw blood on patients from 23 weeks gestation in the NICU, to young adults). Some of those started off as favors as a “Taylor Swift lookalike” at fundraisers, and ended as friendships that I hope I’ll have for life. The months that I gave my time to others were the months that I felt the best in every way.

Comparison is our worst enemy and our best competition. I was asked about the “Taylor Swift” likeness, and the comparison factor there, and I have to say it’s kept me on my toes. My eating disorders were something I developed before I even knew who Taylor Swift was, but the comparison over the past couple of years has pushed a lot of my negative self-talk, which led to a lot of negative behaviors. It’s hard to separate a lot of the positive reactions I get from the whole “Taylor” image, and for the longest time I was obsessed with leaving the house always “just so” because I was nervous I wouldn’t fit what people expected me to be. More and more I realized that the mindset that existed there was stupid, and it’s probably not far from everyone’s mindset surrounding their favorite Instagram blogger, or celebrity, or some big mass that represents all of the pretty people we’ve ever seen.

Comparison is something that we should only engage in with ourselves. Wanting to be the best version of “you” is far healthier than striving to be somebody else’s version of that. I guarantee if you could sit down with the 5 most beautiful women you’ve ever seen, they would tell you that they have their own weaknesses, flaws, mistakes, and body image issues. Nobody is perfect. Nobody feelsperfect. I know that for myself, I’m happiest when I make goals for myself and achieve them, because within that accomplishment I’ve trumped the liars in my head that make a competition out of things that are glossed over and filtered to perfection.

I’ve been trying to focus on being healthy mentally and physically. A few months ago I made the personal decision to take out my hair extensions in an effort to be more genuine. I cried the first week; it felt like a huge loss. A month later, I was asked by my agency to put them back in for one day, at a client’s request. I still can’t believe how uncomfortable and foreign they felt on my head. It was the first thing I tried to take off when I got home that night. Lately, I’ve also focused on treating my skin right instead of covering it up with makeup. It was a personal decision, but as of today I haven’t worn face makeup in almost a month. My skin is far from perfect, and my hair resembles duck down most days, but I realized that not worrying about my makeup and hair all of the time has helped me to be where I am, fully committed. My work life has improved, my gym time is more meaningful, and I feel overall more genuine and happy.

I slip a lot still. I fall all of the time. I have to work on loving myself pretty much every day. In some ways writing this post was difficult because I’ve had one of those “You’re not” weeks, when I should have been practicing self-talk that starts with “I am”. I am trying to treat my body right. I am a hard worker and a loving daughter and a friend. I have weaknesses, but I am stronger than them- I am capable and I’ve proved myself before.

If negative body image starts in our heads, then it can end there, too.”

*disclaimer: Neither myself or Keitra is certified in mental or eating disorders. This post is not meant to help with the treatment of any of these conditions.*