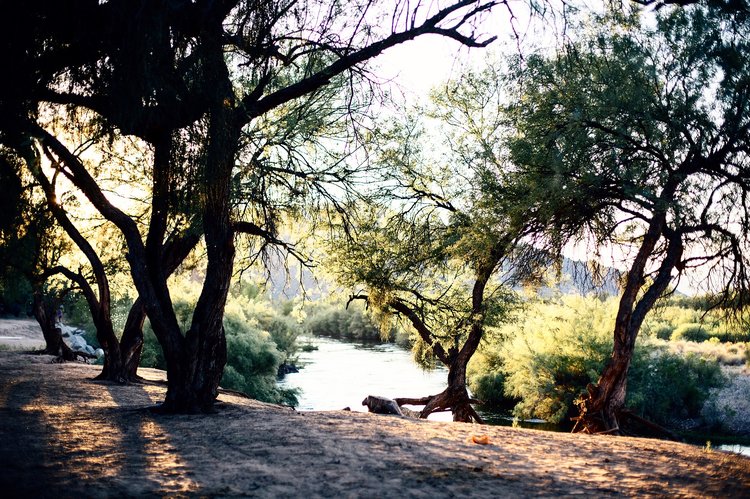 By request I’m sharing my ten favorite things about Arizona or my ten favorite experiences so far this past year of living here. I moved to Arizona one year ago for an internship, and I was nervous because I knew next to nobody and I was trying to get into an internship program at Aveda. It was the only program in the country so that’s why I ended up in Phoenix, it probably wouldn’t have been by first choice of places to live. I really have fallen in love with Phoenix and Arizona as a whole. I’ve met so many amazing people and seen so many places and things I’ve loved. Arizona is so beautiful! So here’s 10 things I have learned and loved about Arizona. ❤️

1. Yes- it really is as hot as they say! I was nervous about my first summer here because I’d heard horror stories of people dying while hiking, mail boxes melting, etc.

Its true, it’s so hot but it’s a dry heat and that really does make a difference. Not a lot, but some 😉 The summer got up to 120, and now in October it’s still mid 90’s, but the winter is the most amazing weather I’ve ever experienced. It’s PERFECT!

Okay this might seem silly but so many people thought that when I first moved here. And granted on my first hike I saw one, but they’re more rare to see than you think.

I had a photoshoot out in the deseret with a photographer and I was so paranoid I’d see them. I kept asking her if I would see a rattle snake which she thought was funny. So they exist, but they’re not at every turn like people told me they would be hahaha!

3. I started my career as an Educator

I started at Aveda Insitute back after high school only because it’s ranked best in the country and that’s all I cared about but I’ve been with Aveda ever since, and so I was excited to start as an intern to educate. I finished my internship a while back and have been teaching in the valley and I’ve learned so much I can’t even write all of it. I really fell in love with the students here. My first class graduated this last week and I cried so much. It’s so amazing to see people not only grow and learn but to grow and learn along side them.

4. My favorite hike so far has been Devils Bridge in Sedona. Hiking is really popular here which is something I hadn’t done a lot of until moving out West.

5. When I first moved here everybody I talked to said it wouldn’t be pretty or it was a deseret and so dry. It’s so beautiful here though, certain parts are just gorgeous!

6. THE BEST SUNSETS ARE IN ARIZONA

Seriously, I’ve never in my life seen prettier sunsets than one Arizona. I have a friend that just moved here and EVERY day she takes a picture of the sunset. They’re the most beautiful sunsets ever.

7. I have made some of the most amazing friends here. I’m so so grateful for all the beautiful souls and people I’ve been so influenced by. I’ve learned that no matter where you go, amazing people are everywhere.

8. Arizona has the cutest places to eat!

9. The LDS Temples here are the most beautiful places.

10. Last but not least, I feel like Arizona is the place of all the places I’ve grown the most in so many ways, I couldn’t even write it all. Some of my biggest trials and challenges in my life have happened here, and so has my most growth. I feel like as a person my experiences in Arizona have shaped me for the better. Looking back it is so crazy for me to think it’s been a year here, and I’m so grateful I took the step forward in coming here, not knowing the trials that awaited me. But I believe that where we have our most trial, we also have our greatest joy.

Heres to a year of Joy!